In the year 2020, a lockdown was imposed due to the Corona epidemic, in which offline education was discontinued in schools and colleges and online education was started so that children would not be deprived of education. 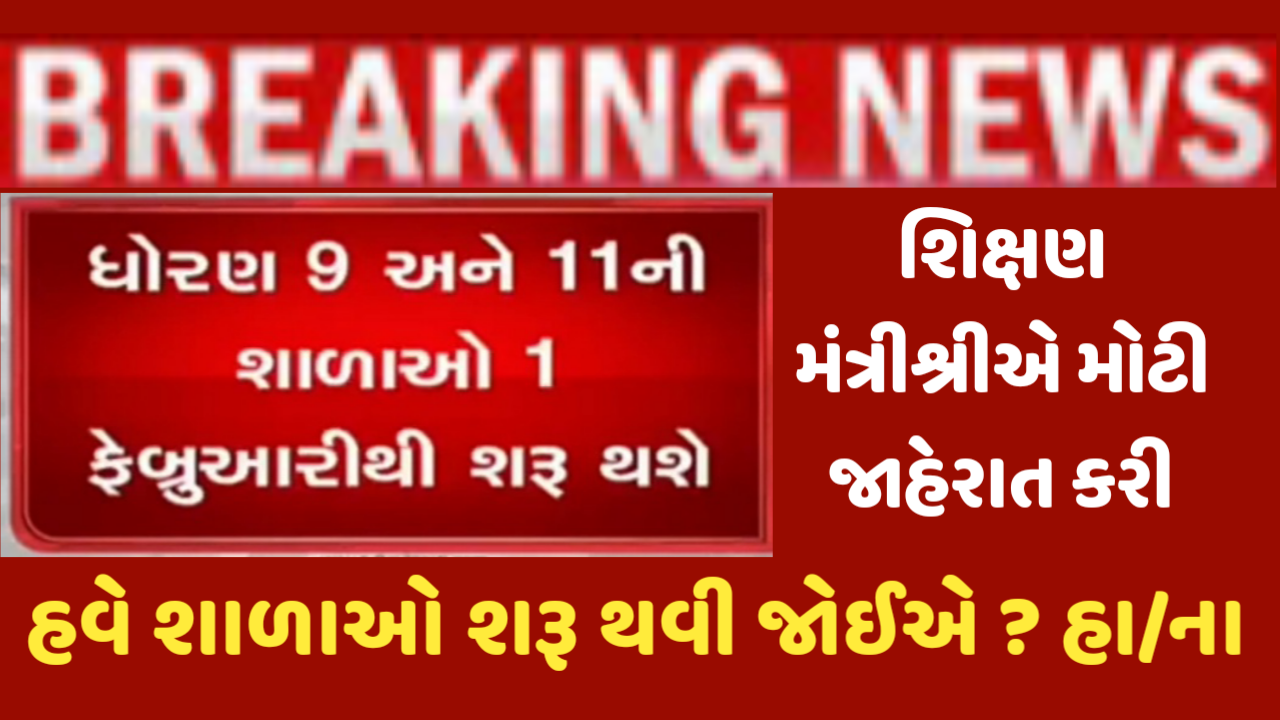 Now in the new year, on January 11, standard 10 and 12 schools were started in the state. After the completion of the cabinet meeting chaired by the Chief Minister today, it has been announced to open Std. 9 to 11 schools.
After the cabinet meeting, Education Minister Bhupendrasinh Chudasama announced that standard 9 and 11 schools in the state would be started from February 1. It is also allowed to start tuition classes as per Corona's guidelines.
Only 9th to 12th standard tuition classes are allowed to open. To start Std. 9th and 11th classes, the guidelines announced by the Department of Education on January 8 must be followed.
government has been welcomed by the All Gujarat Guardianship. Parents president Naresh Shah said schools have to abide by the SOP announced by the education department. In addition, the classes are very small and are in a commercial building in terms of starting tuition classes in the state. SOP and fire safety must be strictly observed in tuition classes. These tuition classes will be the responsibility of any child who becomes infected with corona. I urge the state government on behalf of the Board of Trustees to take strict legal action against this class if it fails in any matter.
Important Links:
Read School Open news Report
Schools and parents have to take care of these things:
Tags: Education News
Newer Post Older Post Home
WhatsApp Free Join Broadcast List