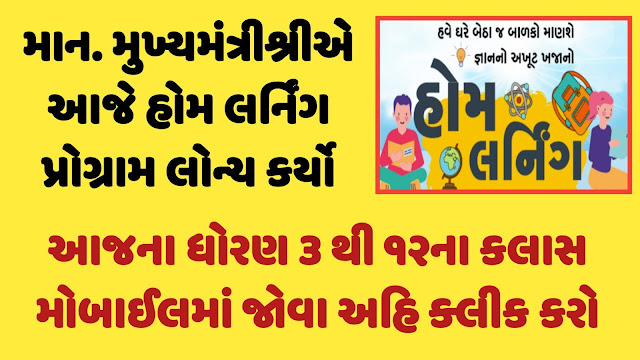 The telecast of educational programmes will cover students between classes three and 12, stated an official release. Apart from this, similar programmes will be run by the Bhaskaracharya Institute for Space Applications and Geoinformatics (BISAG) on the Vande Gujarat channel.

In March, just before the lockdown was first announced, the state education department had roped in around nine private channels and Doordarshan to beam classes into homes for all government schools, under the Study From Home (SFW) initiative. Nearly 66 per cent students from government schools were covered by the SFW.

Under the initiative which will mark the beginning of formal schooling in Gujarat this year, arrangements have also been made to provide printed worksheets to students of classes one-eight who do not have mobiles or televisions, the release added. Apart from this, teachers are also distributing books to children at their homes, said the statement from the government.
Tags: Education
Newer Post Older Post Home
WhatsApp Free Join Broadcast List