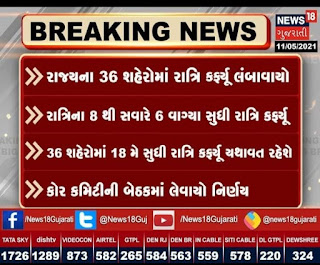 Task Force has been formed at all 33 districts and 248 talukas and corporation level of the state for vaccination. Following this order, all the district collectors of the state, commissioners of the corporation and health officials have started preparations. A list of health workers, Corona Warriors, the elderly and people with co-morbidity is being prepared for all these officers. Gujarat officials have started working in coordination with the central team. 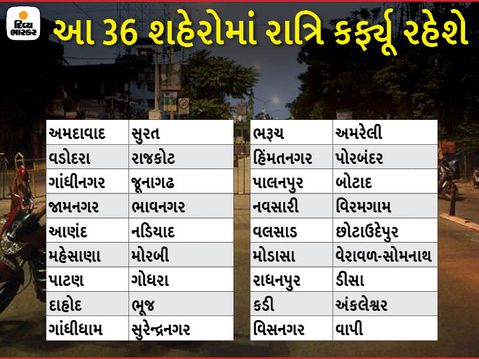 A meeting was held by the Ahmedabad District Collector regarding the vaccine. According to District Collector Sandeep Sagle, a list of 2.75 lakh people of Ahmedabad district has been prepared. According to which 2.75 lakh people will be vaccinated first. A list of 7500 healthcare workers has also been prepared. In which government and private healthcare workers are included in the list. A list of frontline warriors has been prepared. As well as being included in the list of frontline warriors who come into direct contact with people.
A list of all doctors and health workers on duty at AMC has been started. The first dose will be given to about 8500 doctors and health workers. Created a co-win app for vaccines. When the vaccine arrives next week, first-line health workers fighting the Corona, Front Line Warriors, will be vaccinated on a priority basis. A list is being prepared for that. The vaccine will be given as per the guideline that will come by the government. A list of others will also be prepared in the coming days. Health Workers will be followed by Front Line Warriors, Solid Waste Management Department Sweepers, AMTS and BRTS Bus Employees and the third stage will be given to 50 year old Co-Morbid Individuals and later to the common man.
In rural Ahmedabad, a list of 2.75 lakh people including 7500 health workers was compile
Formation of Task Force at 33 District and 248 Taluka and Corporation level

The state government has decided to extend the limited restrictions, including night curfew, by one more week in anticipation of the whole situation and to provide more security to the citizens, he added.

Surat: An exercise to prepare a database of teachers, cleaners and health workers
Speaking about the city of Surat, Surat Manpa Health Officer Pradeep Umrigar said that the vaccine is coming against us as part of the fight against the Corona epidemic. Which has been prepared as per the instruction received by the State Government. Not only that but the municipal commissioner has also met the officials twice in this regard. The emphasis is mainly on creating a useful data base. The first health worker is compiling a list of government hospitals, Manpa-run hospitals, 55 urban health centers, servant workers, teachers, other cleaners and all those involved in the operation.
He further said that a database is being prepared at 62 government and 1000 private places. In which all the information including name, age is being collected. Also, the commissioner has suggested to prepare a list of all the people above 50 years living in Surat. Whose operations have begun
Tags: News
Newer Post Older Post Home
WhatsApp Free Join Broadcast List