How To Link Adhar Card With Pan Card Via Income tax site,SMS

In order to enjoy seamless Income Tax services, citizens are mandated to link their PAN card with Aadhaar card. The last date to link PAN with Aadhaar is March 31, 2019. It may be noted that PAN card is one of the most important financial document in the country which also serves as a proof of identity. 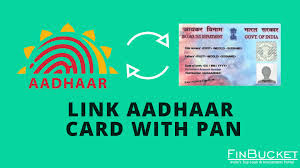 PAN card is issued by the Income Tax Department under the supervision of Central Board of Direct Taxes. PAN card holders who are required to file income tax returns are mandated to link their PAN card with Aadhaar by March 31 in order to enjoy income tax services without a hitch.
There are many ways one can link their Aadhaar with their PAN card. They can either visit the income e-filing portal or they can use SMS facility to link their PAN card with Aadhaar.
In order to link Aadhaar with PAN using SMS, one has to type UIDPAN<12-digit Aadhaar number><10 digit PAN>, for example, UIDPAN 111122223333 AAAPA9999Q and send it to 567678.
In case a minor mismatch between PAN and Aadhaar, a One Time Password (OTP) is sent to the registered mobile number with Aadhaar. In a case where the name in Aadhaar is completely different from the name in PAN database, the linkage may fail. The PAN card holder is then required to change their name either in Aadhaar or in PAN database or visit personally to a designated PAN application centre of NSDL e-Gov or UTIITSL for biometric Aadhaar authentication. 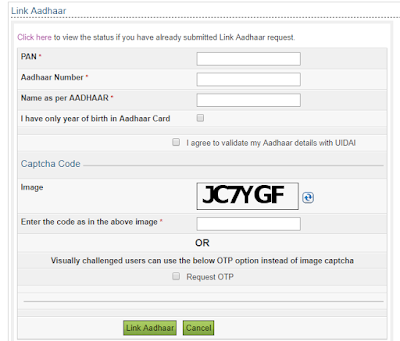 People can get their PAN and Aadhar linked online by following the steps mentioned below:

Visually challenged users can request for an OTP that will be sent to the registered mobile number instead of the captcha code.

How to Link Aadhaar with PAN by Sending a SMS

Correction Facility for Linking your PAN with Aadhar Card
It is worth noting that PAN and Aadhar linking is successful only when all your details in both the documents match. In case there are errors such as spelling mistakes in your name, your PAN will not be linked with Aadhaar. You can make changes through UIDAI’s website or on the portal of NSDL PAN. In case there are errors, you can get it corrected by following these steps:

The user can correct his PAN details using the NSDL website.

The NSDL link redirects to the page where you can apply for the correction of your name.
Submit signed digital documents to get your PAN details updated.
Once your details are corrected in your PAN and confirmed by NSDL over a mail, you can link your PAN with Aadhaar.

The UIDAI method is relatively simpler. Here’s how you can do it through UIDAI’s website:
Visit the UIDAI webpage by clicking https://ssup.uidai.gov.in/web/guest/update and enter your Aadhaar and security code.
An OTP will be sent to your registered mobile number.
In case you have to change the spelling of your name, only OTP is required.
In case you have to modify other details such as gender and date of birth, you have to send the supporting documents for updation.
Once approved, the user can link his PAN card with Aadhaar.

In case your name in the PAN card is wrongly spelt, follow these steps to make corrections:

Step 1: Visit an Aadhaar Enrolment Centre
Step 2: Carry a self-attested copy of your proof of Identity
Step 3: Fill the Aadhaar Enrolment Form
Step 4: Submit the form along with the documents
Step 5: You will get an acknowledgement slip that contains the update request number
Step 6: This URN can be used to check the status of your update request

Step 7: Once your update request is processed and the name is corrected, you can link your PAN with Aadhaar

5. If the details as per PAN and Aadhaar are same, the linking shall be done automatically.
Q2. What are the different modes to link Aadhaar with PAN?
It is mandatory to link Aadhaar number with PAN to file income tax return. Government has prescribed following modes to link Aadhaar number with PAN:
a) SMS:
Send SMS to 567678 or 56161 from your registered mobile number in the following format:
UIDPAN<SPACE><12 Digit Aadhaar Number><SPACE><10 Digit PAN>
For E.g., UIDPAN 123456789000 EPOPE1234E
b) Online:
By visiting the website of the PAN Service providers (i.e., www.tin-nsdl.com or www.utiitsl.com). Click on the button ‘Link Aadhaar to PAN’ which will direct you to the income-tax website.
By visiting directly the e-filing website (i.e., www.incometaxindiaefiling.gov.in).
c) Paper mode:
File one page Form along with minimal fee with the designated PAN centre. Copies of PAN card, Aadhaar card are to be furnished.
Q3. How can I link my Aadhaar number with PAN if there is minor mismatch in my name appearing in Aadhaar and PAN?
Earlier, Income-tax Dept. was allowing linking of Aadhaar Number with PAN if there was minor mismatch in the name appearing in PAN compared to the name appearing in Aadhaar Card. Identity of taxpayers were verified by sending One Time Password (OTP) to mobile number registered with UIDAI.
However, with effect from 01-12-2017 UIDAI has discontinued the practice of verifying the user’s identity with OTP. Therefore, Aadhaar number cannot be linked with PAN if there is any mismatch in the name entry in the records of Aadhaar and PAN. Taxpayers are required to rectify either of the documents, PAN or Aadhaar, so as to complete the process of linking these two records.
Q4. Why am I not able to link my Aadhaar with PAN, though my name as per Aadhaar and PAN is same?
There are certain reasons due to which a taxpayer might not be able to link his Aadhaar number with his PAN. Some of the reasons are:
a) Phone number of taxpayer is not updated in Aadhaar database:
Taxpayers cannot link their Aadhaar number with PAN if their phone number is not updated in the Aadhaar database. In this case taxpayers are required to visit the Aadhaar Facilitating Center to update their phone number in Aadhaar database.
b) Gender Mismatch:
In case of gender mismatch, taxpayers won’t be able to link Aadhaar with PAN. In this case, taxpayers are required to change the gender either in Aadhaar database or in PAN database.
c) Date of birth:
Aadhaar won’t be linked to PAN in case there is mismatch in date of birth of the taxpayer. However, taxpayers whose Aadhaar Card contains only the Year of Birth and it matches with the PAN records, linking of these two documents would not be difficult. 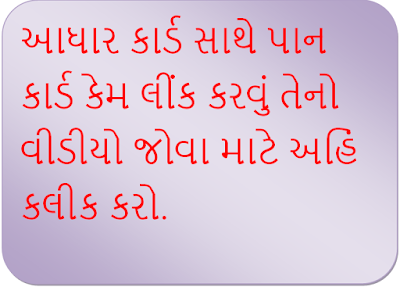 Q5. Whether my PAN will be treated as invalid if I do not link my Aadhaar number with PAN?