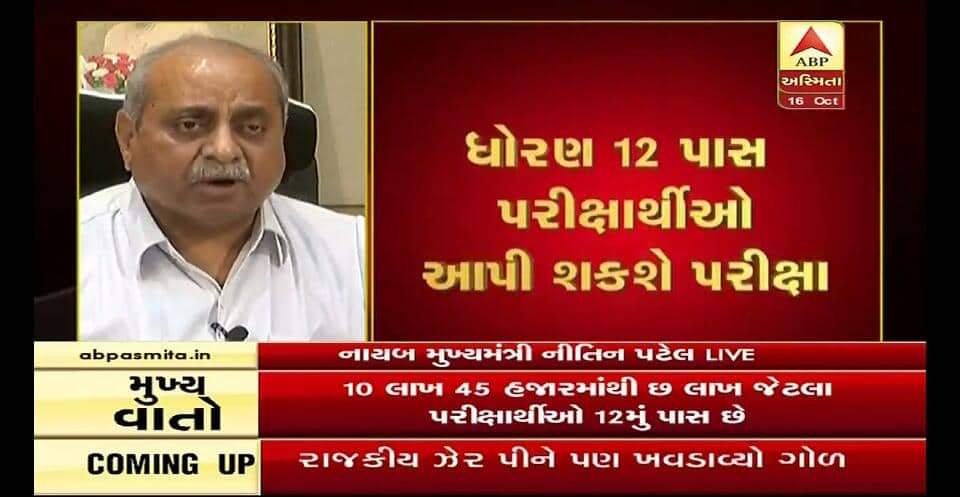 Above Image Office Notification By GSSSB For News Bin Sachivalay Clerk Exam 2019. Read It In Gujarat In Order To Zoom Click On The Image.

New eligibility criteria for Clerk and Office Assistant?
As per reports, the Gujarat Subordinate Service Selection Board is planning to change the educational qualification requirement. Both clerk as well as office assistant posts were kept open for class 12th pass candidates.
However now it is being planned that graduates should be eligible for the clerical cadre posts. Though for office assistants the requirement may remain class 12th pass.
There is no final decision yet on this matter. It is not even decided whether this recruitment will be completed first and then this new requirement will be implemented in upcoming recruitment. Or whether this recruitment will also be conducted with changed eligibility criteria. If that happens, then a lot of the candidates who have applied earlier will become ineligible.
It may however be noted that the eligibility criteria change matter has only been reported by newspapers, and there is no official notice about the same.

GSSSB Bin Sachivalay recruitment 2019 was first announced last year, in the month of October. Then the form was reopened in June this year. Then the admit card for the recruitment was released on October 1. However now, the admit card becomes invalid as the exam has been cancelled. If the exam is rescheduled, then fresh admit cards will be issued.
This New Exam Date of bin sachivalay clerk Is 17 November 2019. And Also Bin Sachivalay Call Letter Downloading regarding updates. But Now GSSSB Board Share This Big News.
This Big News Come Recently So Fast Share With All Candidate Or Student Of Bin Sachivalay Clerk Examination. Candidate Wait For New Exam Date Of Bin Sachivalay Clerk Was Declared Soon. Be Aware All Kind Of Rumored Trust On Only Office Notification.